"Invest in air treatment, not only from an energy saving point of view"

With systems based on air treatment to make an optimal greenhouse climate, Van Dijk heating seemed to be ahead of the game for a long time. The gas price was low and so was the urgency to think about alternative systems for greenhouse heating. The energy crisis is changing all that. At their head office in Bunnik, the Netherlands, they have noticed, although they are not overjoyed.

"You can look at it in two ways," says Sales Manager Joek van der Zeeuw. "At current gas prices, the payback period for an investment in our Active Ventilation System (AVS) is considerably shorter than before. That is positive. However, growers do need to have money left in their pockets to invest. With the current gas prices, that is a cause for concern." 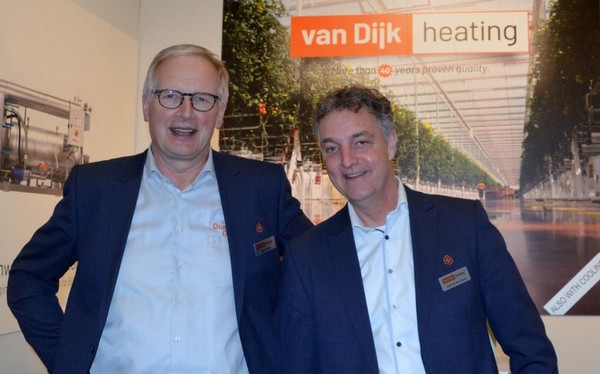 Legislation and innovation
Joek notes that it is 'human nature' to only start improving when the pressure is high. "That is happening now. Even though you always have pioneers who take certain steps earlier, the masses usually follow later. In the past, you could see that when growers switched to CHPs, for example. When it turned out that there was money to be made, many did the switch at the end of the 90s. Innovation and looking ahead are extremely important to us. For example, we have our own R&D department. Recent developments mean that in the near future we will be working full of focus on both greenhouse climate systems and a sodium remover. In the latter case, we are anticipating legislation that will demand this. Legislation in the Netherlands is often the red tape that sets innovations in motion, apart from the innovativeness of growers, of course. They certainly shouldn't be underestimated."

Gas-free cultivation
Van Dijk heating has already gained experience in the market with the various AVS systems in recent years. The AVS systems are available in various versions: in addition to a regular version, there is also one with heat recovery and one with an additional cooling block. Since 2019, the AVS system has been tested in KAS2030 at Wageningen University & Research. Researchers are anticipating gas-free cultivation and are conducting trials there with potanthurium, gerbera, freesia, and strawberry. Joek: "It was noticed that gas-free cultivation works better with crops that evaporate well. Potanthurium does not. If it is humid in the greenhouse, condensation quickly forms on the façade. You then need to adjust the humidity in the crop. We offer that solution with air treatment in the form of various AVS systems."

Stable basic capacity
Joek does a lot of international work for Van Dijk heating. He knows the necessary examples of projects where growers opted for AVS systems. "A grower in New Zealand did not consider air treatment for a long time, but when it turned out that the government might not guarantee gas, alternatives were considered." The heat pump came into the picture. "But for those few weeks with peak power, that's a serious investment for the grower, and for only a few weeks." Adapting the crop to remove that peak power is another option. "By growing with a stable basic capacity, the investments in the technology are different. Year-round air treatment also benefits the quality of the crop."

CO2 needed at small margins
Abroad, CO2 is often not taken into consideration when making choices, Joek observes. "The margins are higher there. If a grower has to choose between the high costs of constructing a gas pipeline (with which the grower can also produce CO2 when heating) or a few weeks of slightly lower production without CO2, the choice often falls on the latter. They are then prepared to accept a slightly lower production without CO2. 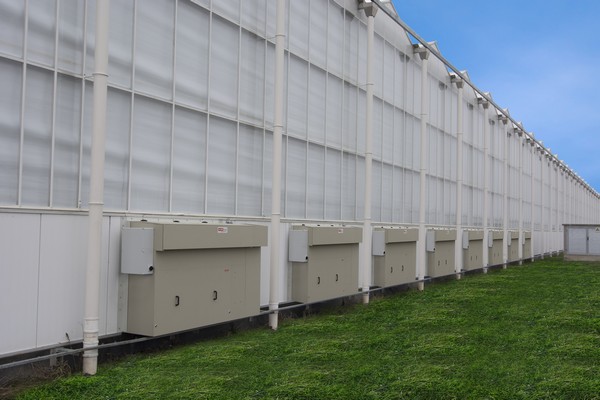 AVS system at grower Seasun in Kapelle, the Netherlands

Anticipate
This is not possible in the Netherlands, Joek knows. "Here, CO2 is required in cultivation to calculate margins up to four decimal places. Without CO2, and therefore a lower production, many growers will not survive. It makes the step to gas-free cultivation without CHP and therefore CO2 production much more difficult." He does know growers who have already done it. "In Kapelle in 2018, Seasun had 1/3 of its new 13-hectare building equipped with an AVS system with heat recovery. They wanted to respond to all-electric cultivation and are now gaining experience with this. Experience that will come in handy in the future when gas-free cultivation becomes a reality, while in the meantime air treatment also improves the quality of your product."

Gas-free cultivation is often not yet a reality. Joek sees alternatives to gas, including hydrogen, but immediately notes that hydrogen is not the answer. "Combustion does not produce CO2. Growers here in the Netherlands desperately need that CO2."

Integration of AVS in existing greenhouse
Another example shows that the investment in an AVS system does not necessarily have to be made in order to achieve 'gas-free' cultivation. In this case, an example from Norway. After switching one of his greenhouses from HPS to LED lighting, a cucumber grower there opted for an AVS system with heat recovery. "This grower saw electricity becoming more and more expensive, but then missed the radiant heat of HPS when growing under LED. By using air treatment with heat recovery, the grower now brings in that heat and saves on energy consumption at the same time."

For a second greenhouse, the same grower is looking for a different solution. "That greenhouse is closer to the boiler house. It still has HPS. The grower is considering harvesting energy here with a heat pump. It shows that even for each grower there are often several options. Moreover, this example can easily be compared with growers in the Netherlands, also because it is a grower who is adapting his existing greenhouses. I expect the latter to happen in the Netherlands in the next few years because of the high energy prices."

Many perspectives on climate
For Joek and his colleagues, it is important to spar with growers as much as possible to find out what the stumbling blocks are. "I am a techie. I know greenhouse horticulture, but I can always learn a lot from growers. Besides, I think there are more perspectives on the climate than there are growers. He cites another example. "I once visited a grower in dark and cloudy weather. It was cold in the greenhouse. I can always wear a T-shirt in the greenhouse, it is usually warm enough there. This was not possible on this occasion, because, the grower argued, in cold and dark weather 'the plant doesn't do anything anyway', so there was little point in putting in much extra energy."

Air movement
Creating air movement in the greenhouse is something they strongly believe in at Van Dijk heating. "You can achieve this air movement in various ways using different techniques, but we strongly believe in growing under overpressure. Unlike moving air to and from the greenhouse wall, as happens with ventilators, you get a very even climate with this. We push warm air outside. This means you won't see a cold fall through a hole in the screen, as sometimes happens. What's more, with a closed screen, without radiation, and with overpressure, the temperature distribution in the entire greenhouse is more even. As a result, the temperature difference in the greenhouse is 1 degree Celsius with, moreover, a gain in quality for your product. If energy is not already a reason to make investments, then there is always the quality." 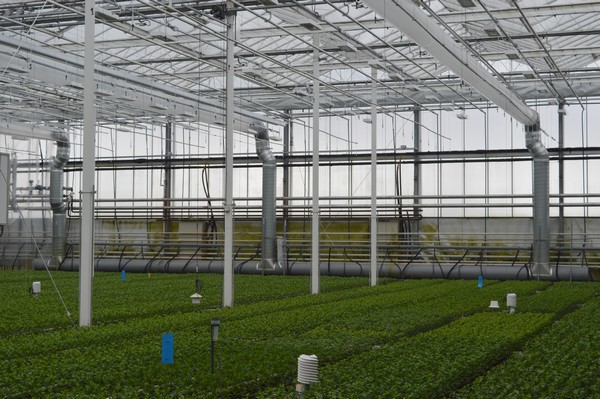 AVS system in chrysanthemum cultivation, seen here in a greenhouse at Delphy

Innovation
Now it is a case of waiting to see what the energy crisis does, Joek notes. "Fortunately, innovation does not stand still. On the contrary. In the chrysanthemum sector, we are busy upgrading our air handling units to a very high capacity for multilayer cultivation in cuttings production. From 700 cubic metres we are going to 1300 cubic metres for this project, with the possibility of cooling in the future should this be necessary."