The cannabis stars in Germany seem to slowly align as the biggest German cannabis grower Demecan released the first batch of their locally-grown MMJ products, and just a few days after, the German government officially started working on adult-use legalization – after months during which legalization seemed to drop at the bottom of the govt’s priority list, to the point of almost disappearing. “That has absolutely been our biggest milestone for us,” says Dr. Constantin von der Groeben, co-founder and managing director at Demecan, with an ear-to-ear smile on his face. “We have been looking forward to this moment since we set up Demecan 5 years ago. We hoped we could have gotten this far in a shorter time, but the intense tender process took 2 years.” 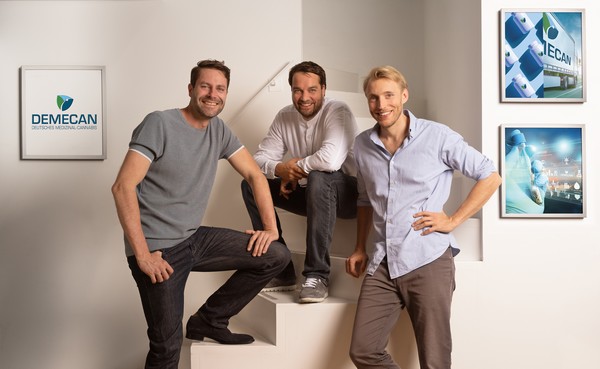 The road to the first batch
Waiting all that time has been one of the biggest challenges for Demecan, says Dr. Von der Groeben, as the company had to keep operating while relying on no revenue stream. “We financed everything ourselves and pushed through. Eventually, it paid off.” In a tragically ironic turn of events, as Demecan finally received their license and couldn’t wait to set up shop, COVID hit. “That meant that we had to deal with a whole new set of issues, as it’s kind of difficult to build something when there are working from home mandates.” 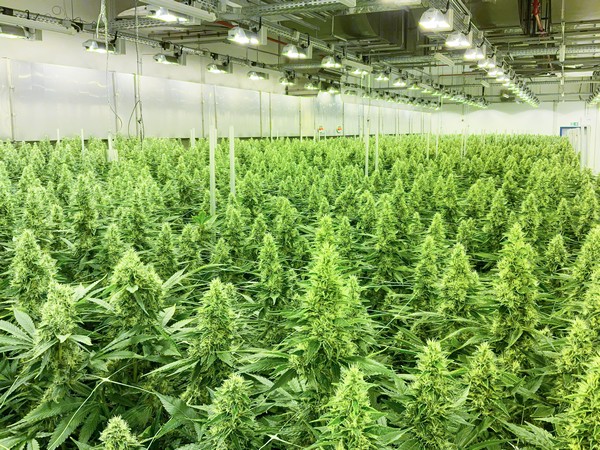 Despite that, Demecan utilized the additional time to step up their R&D efforts and to fully grasp the true key to medical cannabis cultivation. “Consistency and quality,” Dr. Von der Groeben points out. “To produce a really good quality product consistently, you need to know what you are doing, and then you need to put that into practice. One year ago, we started with our R&D efforts, and we did have some ups and downs, of course. Yet, that has been instrumental in getting to the point where we are right now.” Indeed, Demecan now harvests every two weeks, and their medical cannabis is of consistent quality, proving that passion, hard work, and resiliency eventually all pay off.

German medical cannabis supply chain
Consistent quality medicines are indeed what patients require, but also the supply chain needs to be equally consistent. One of the principles at the core of Demecan has indeed always been to support the German MMJ chain with local production. On the one hand, to ensure that there’s always availability of medical cannabis, and on the other hand because locally grown products are always cheaper than imported ones. 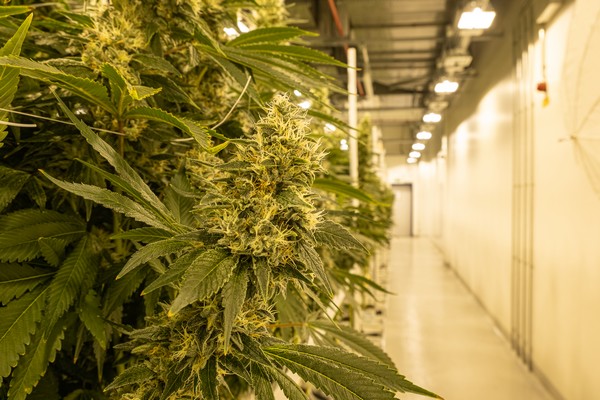 That’s why Demecan set up their cultivation facility so that production can be scaled up at ease. Yet, they are limited by regulations in how much they can grow. “There is a lot of demand, which can’t be entirely met with local production at the moment,” Dr. Von der Groeben points out. “The German government limits us to produce 1 ton of medical cannabis per year, and the market size is close to 20 tons. That’s why we have to import if we want to ensure a consistent supply chain. At the same time, if authorities allowed us, local production could easily meet the demand.”

The supply chain when legalization happens
Production can indeed quickly scale up for Demecan also in light of the country’s legalization efforts. “After some time during which legalization seemed to have dropped at the bottom of the government priorities, they have now started consultations with different stakeholders to see how to do this. After that, they will use the summer break to get the work done and have more discussions and to finally work on a draft,” Dr. Von der Groeben continues. “I’m fairly optimistic that this draft will be published before the end of the year. Then, the parliament can decide. I expect that the path ahead will be clear by early 2023.” That’s truly an exciting opportunity for local growers such as Demecan. “Germany can definitely grow more. If we get, say, a 12-month warning – if we know that Germany needs 100 tons of cannabis because of adult-use legalization, then we can ramp up production right away.” Of course, Dr. Von der Groeben also expects that more players will be looking to get into the German market. “In 2017 only, 118 companies applied for cultivation licenses. That shows that there’s a lot of interest. If authorities open up more for additional cultivation licenses, companies could be set up with ease and have production in less than a year.”

Local production to meet the adult-use demand is going to be crucial for Germany, as importing recreational cannabis would represent a breach of UN conventions. Thus, giving licenses to people that are willing to cultivate would be a more useful approach. “Once we have a little more clarity and more players will join, we can all contribute to advancing the German cannabis industry. We are looking for nothing but a competition to inform discussions on quality standards and to always push the envelope further and further.”