"It is nice to see how the fair is also a bit of a reunion of 'old warriors' in the trade," Vertify director Johan Kos said towards the end of Day 1 of Seed meets Technology. The eighth edition of the specialist fair kicked off on Tuesday, the 27th of September.

For three days, connoisseurs from the profession will come to see what new techniques can be found as well as catch up with peers. All this is traditionally held in week 39, the week of demonstrations at the breeding companies in the region. 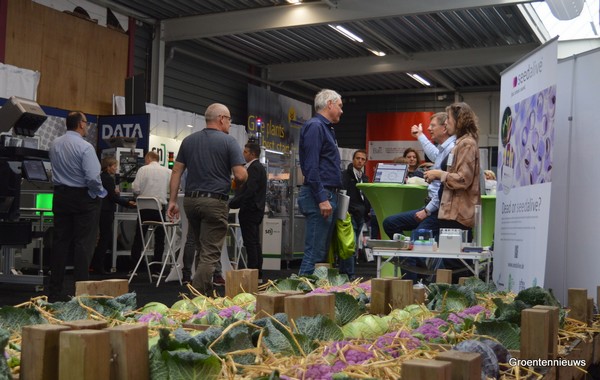 International
Notable on Day 1 was that more people from all over the world visited the fair than in the two COVID years when it was held in modified form. To the satisfaction of exhibitors, including many returning companies but also newcomers, Day 1 was busier than last year. Wednesday, the 28th of September, promised to be the busiest day. There are no longer really any COVID restrictions, although some companies were inconvenienced by canceled flights at Schiphol Airport. 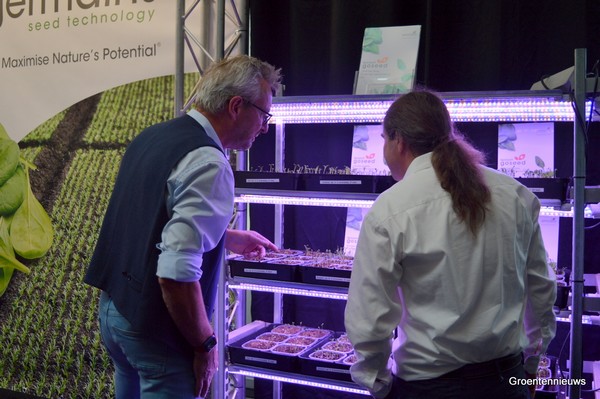 Automation
With Vertify's greenhouses in the background, the fair was not really about the energy crisis, although it was discussed over a sandwich and soup in the well-appointed free catering facilities. Sometimes busy gesticulating, the international guests were explained how all kinds of companies are facing vastly increased costs.

When asked, exhibitors indicated that energy was not really a topic in their conversations with visitors. If it was about costs at all, it was about the cost of a new machine and how automation could take away some of the also skyrocketing labor costs. "Do people want to count and sort seeds all day at all?" one of the exhibitors rightly wondered. 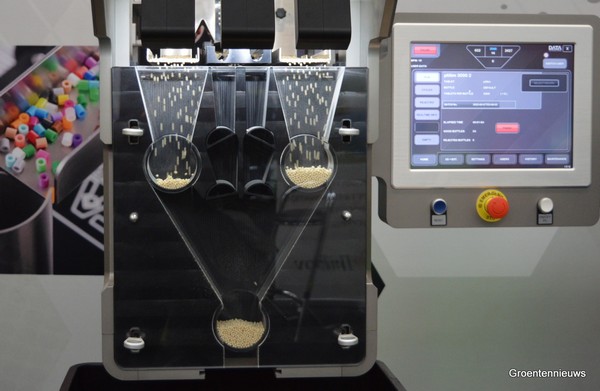 Besides offering a solution to the labor issue, the exhibitors were also happy to talk about how their equipment improves seed germination, among other things, or can sort seeds much more accurately by color, weight, or with vision technology. What helps here, a smiling other exhibitor pointed out, is that "margins in the seed industry are quite wide." "Companies keep innovating and don't stand still," he said. 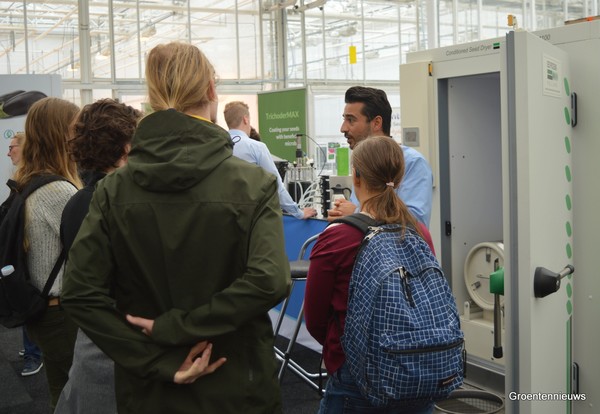 Laws and regulations
Another topic recurring annually at the fair is laws and regulations. What is still allowed with seed coatings, and what is not? What is certain is that chemicals are increasingly being banned, at least in Europe, and that microplastics are going the same. People in the rest of the world are also noticing this trend, which is why people there were already informed about seed treatment alternatives at the fair, to name but one.

There is still some doubt about what exactly the deadlines are for when something is no longer allowed, according to conversations at the fair. Abolition dates have been circulating for years and have also changed quite a bit. However, one of the stands had it black and white: 2028 is a year to keep an eye on because that is when microplastics in seed coatings will be banned in Europe. However, more and more companies are already anticipating this now, they were told. And that anticipation through innovation was actually evident throughout the fair. 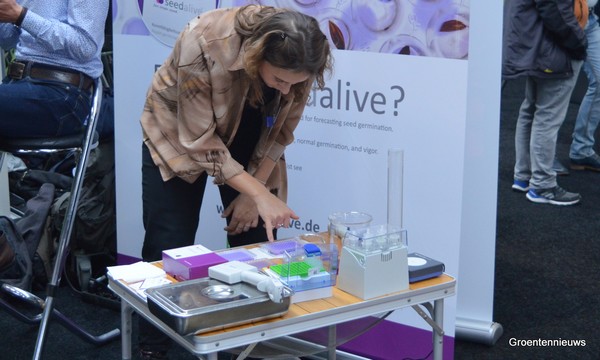 More photos from the fair will follow on this channel.