Lock Antriebstechnik will present their SBE Farm Management System at IPM Essen. The SBE system is a digital solution for horticulture that can be used to achieve an optimal greenhouse climate and improve greenhouse processes.

According to the team with Lock, digitalization does not stop at the horticultural sector. "For example, digitalization processes have already been taking place in this sector for 30 years, with the aim of supporting workers in their day-to-day work in every respect", they say. "Now it is important to take advantage of the opportunities offered by digitization in order to remain competitive and go beyond basic administrative tasks such as preparing offers and invoicing to become digital directly at the point of production. The use of new technologies there leads to the reorganization of daily work, allowing the previously unknown potential to be discovered and exploited. Together with our newly launched SBE system, a further important step can be taken in the direction of digitalization to efficiently adapt work processes and support growers and horticultural entrepreneurs."

Collaboration with growers
"SBE allows the best environmental conditions for the different plant species to be created automatically and intelligently, and as a result, exponential crop growth can be achieved," the team says.

In collaboration with various growers, the system has been supplemented in recent months with further efficient building blocks for optimizing operational processes in order to support them even better in their work. In addition to the efficient coordination of all climate factors, an approach to dealing with the issue of energy management was developed in this context, and the SBE system was expanded to include an energy monitor. This records data on gas, water, and electricity and displays them in progress curves. 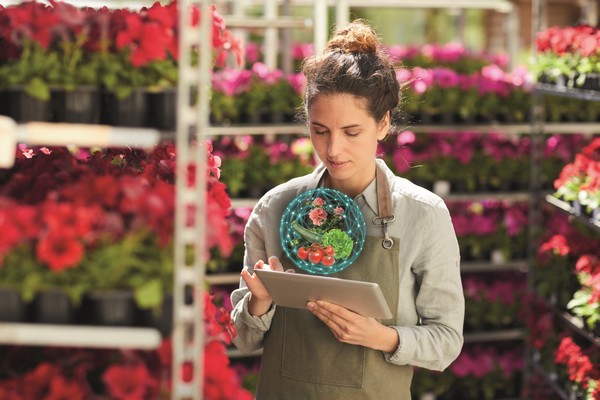 "Thanks to the detailed reports and the attractively designed visualization of relevant data such as energy storage, production, and consumption, an all-round view is possible, and energy guzzlers in the greenhouse environment are quickly identified," the Lock team reveals.

The distribution of energy is controlled by the app depending on factors such as demand, weather forecasts, and presence. "This can save energy costs and increase energy efficiency and comfort. Beyond reducing operational energy consumption, Lock SBE can make a significant contribution to environmental and climate protection."

Cross-industry modular solution with great expansion potential
The SBE system from Lock Antriebstechnik GmbH uses a large number of sensors to monitor current environmental conditions in buildings. As a result, aspects such as environmental management and plant welfare can be taken into account in internal work processes beyond the topic of energy management.

Among other things, lighting, fans, and irrigation in the greenhouse are available as configuration elements and can be controlled via the LOCK SBE app on a PC, smartphone, or tablet, regardless of location or platform. The system is able to act independently or provide recommended actions for manual operation. "In addition, it enables complete control over all cultivation conditions in the greenhouse. Regardless of the circumstances, you can thus create an ideal growing climate throughout the day that is completely tailored to the needs of your plants."

Innovative greenhouse technology for controlled environments
Especially in horticulture and greenhouse technology, additional topics such as shading, heating, and ventilation systems play a central role. "With the SBE system, for example, the climate screen can be individually adapted to the needs of the plants and regulate humidity, temperature, and UV radiation according to requirements. After all, both the light intensity and the duration of illumination are crucial for an optimal growth environment."

According to the team, the optimal interaction of natural ventilation, integrated fans, and heating can be ensured with the SBE system. The climate control not only takes into account the current weather conditions but also the weather forecast and enables improved product quality, cost reductions, and increased crop yields. "Thanks to the smart and extremely precise sensors, the plants' need for water can also be determined, and irrigation can ultimately be triggered automatically via the app. In this way, the timing and duration of irrigation can be controlled from anywhere."