On odor control: how to be a good neighbor

Unlike most of traditional food horticulture, the cannabis industry has to deal with a very characteristic problem: odor control. Cannabis plants’ unique smell can be quite pungent, so the smell coming out of cannabis greenhouses can become a nuisance for the communities living in the surrounding areas. According to Angus Mills with Strong Agronomy Management, this odor issue derives from the stigma the cannabis industry inherited from prohibition times. “In general, every type of commercial operation is held accountable of the smell it generates. However, with regards to the cannabis industry, this has a lot more to do with the social perspective of production,” Angus explains. “We implemented an odor control system from the get-go as we wanted to be community players. That is, good neighbors.”

Being a good neighbor
According to Angus, surviving in the cannabis industry requires operators to be more than growers, as the different regulations can represent too big of an obstacle for some. “The regulatory environment is one of the most difficult things in this industry. The growing processes and production itself are not easy, but they are definitely much easier than navigating the regulatory environment,” Angus points out. “We have to navigate an industry that freshly came out of prohibition. So, we have to make sure not to get lost in this entanglement of regulations.”

Angus takes care to remark that some municipalities do not require odor mitigation, whereas in other States such as Oregon and Massachusetts, cannabis operations require an odor mitigation plan to be approved. As he mentioned, it is all about respecting the surrounding community. Not only this, though. “From the social perspective of the regulatory environment, it makes a very good impression that we are committing ourselves to maximizing the reduction of the smell of our growing operations.”

On odor control
In order to solve this issue, Angus started looking for a company with a solid reputation in the waste industry to help him with his odor mitigation needs as “The waste industry is at the forefront of odor control products, systems and so on.” NCM Environmental Solutions is a company that started in the waste industry, and then it made the transition to the cannabis industry, thus bringing its odor control expertise to this nascent industry. “A few years ago, I realized the cannabis industry would have had issues related to odors,” Jesse Levin, president of NCM stated. “That’s why I decided to bring to the cannabis space what I have been already doing for 15 years.”

“NCM’s fully integrated odor control system is an efficient and easy way to eradicate the smell of cannabis facilities,” Angus says. “We installed it on the top of our ridge vent, so that it works thermodynamically with the whole structure. Hot air goes up, carrying the smell along with it. When it gets to the peak of our facility, NCM’s odor control system kills all the odor, so that we pull out clean hot air from our facility,” he continues. “Specifically, we installed the NCM vapor emitting odor control system on top of the ridge vent. The vapor emitting line encapsulates the aromatic rings of the odor and causes the ring to sink, to fall apart and eventually to break down.” 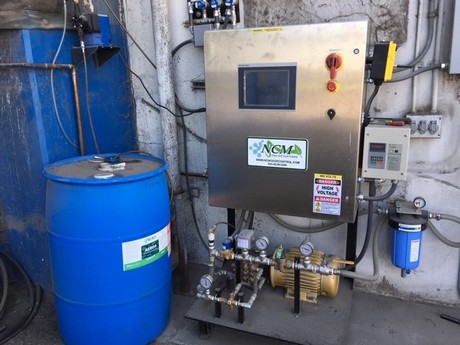 According to Angus, this solution is extremely easy to implement and to control, with regards to both managing the system and its effects on the plants. “Overall, it is an easy way to get rid of the smell, and it has no phytotoxicity,” he states. “In addition to that, it is an automated system, hence it does not require much attention from our side. It is a very easy system.”

Beyond the growing
According to Angus, the effects of the cannabis industry will go beyond the growing part only. As he states, the cannabis industry is highlighting a lot of new high tech that goes beyond growing crops. In other words, the developments and advancements that the amount of research in best practices and new technologies is bringing to the industry can be applied to something more than the cannabis plant itself. This is because, for instance, many companies are gathering all sorts of data about their growing processes, taking care to record any “drops of water or slight changes in the plants’ growth,” Angus says. “It is highlighting the interest in all the smallest details that allow for optimizing the yield. These components will be useful for any horticulture scenario.” 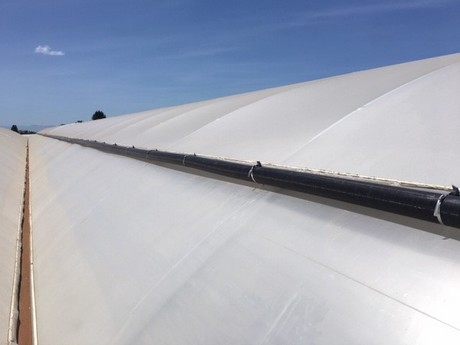 According to him, this kind of approach can be useful in other horticultural operations as well, but not only that. “The cannabis industry provides a network of metrics and production, from the lab, to the cannabidiol profile, to pesticide and production methods. Within the production methodology, it is a new industry and they are still figuring out how to maximize production. All of this information is very valuable for our growers. In the future, this information will evolve so as to involve consumers as well, thus supporting consumer spending habits and developing a more concrete base to make those decisions.”