International fair of intensive production and the auxiliary industry

Spain: Excitement at opening of third edition of Infoagro Exhibition

The third edition of the international fair of intensive production and the auxiliary industry, held in Almeria, was inaugurated on Wednesday by the Minister of Agriculture, Fisheries and Food, Luis Planas, along with Gabriel Amat, mayor of Roquetas de Mar (municipality that hosts the event), Javier Aureliano García, President of the Provincial Government of Almeria, and Elías Bendodo, Councillor of the Presidency of the Government of Andalusia, among other local, provincial, regional and state authorities. 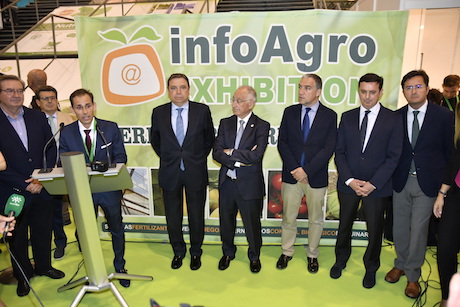 Rafael Acacio, director of the third edition of Infoagro Exhibition, together with the authorities present at the fair's opening ceremony.

A total of 500 companies have been present at the Palacio de Congresos of Aguadulce to showcase their products and services and create a meeting place for the sector. During the opening ceremony, Luis Planas described the event as an example of the province of Almeria's efforts in entrepreneurship, while also praising Almeria's agriculture, "whose exports account for 75% of Spain's total shipments, and which has been capable of adapting to the market's latest demands."

Also, he said that Infoagro Exhibition having become an international fair entails "very interesting opportunities to carry out transactions with companies and professionals from other countries." Furthermore, Planas stressed that the different links of the value chain must have the support and recognition of the Administrations, and said that the Ministry of Agriculture is working to that end. 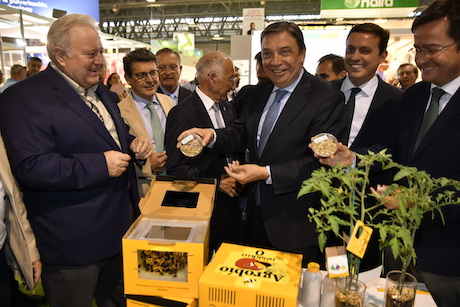 The Minister of Agriculture has had the chance to see the products of the exhibiting companies at the fair.

During his visit to Infoagro Exhibition, the minister, along with the authorities that accompanied him, has visited the stands of several exhibiting companies to find out more about the sector's innovations. He has also learned about projects on digitalization and precision agriculture from startups, spin-offs and national and international technology-based companies at the Smart Infoagro space. 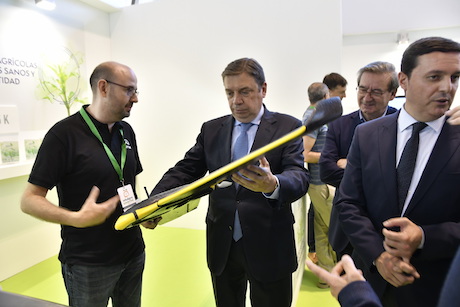 The sector was highly expectant for the first day of Infoagro Exhibition, which, compared to previous editions, has seen a considerable increase in the number of professional visitors and stands. These have received the visit of thousands of agricultural producers and professionals from the sector, who were eager to know more about their products and services. Many exhibiting companies have congratulated the fair's organization for the great number of professionals, both national and international, who have been present at the Palacio de Congresos of Aguadulce during this first day of the event. 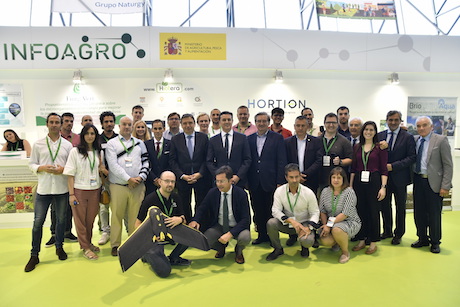 Authorities together with those responsible for startups at the Smart Infoagro space.

Parallel to the activity and business talks at the stands of the exhibiting companies, a series of conferences have been held during the morning of the first day, addressing the sector's challenges when it comes to the scarcity of water resources, and providing possible solutions and technologies to strive for a more efficient use of water and ensure the sector's survival. In the afternoon, those attending the conference room have been able to find out more about R & D & i projects carried out by research centers like the University of Almeria in partnership with companies in the sector.

Moreover, meetings have started to be held in the B2B area between Almeria-based companies and international companies, with a total of 300 scheduled for the three days of the fair. 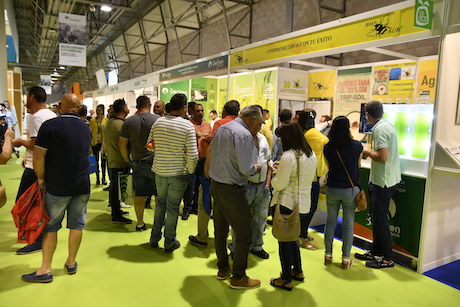 Large influx of professional visitors to the stands of the exhibiting companies.