"Everything that makes the fan a fan is made here"

Arriving in Venlo, on an industrial estate, a large building is rising up. The company name 'Vostermans' is displayed on the front facade. Stepping inside, a world opens up where it's all about fans, rotor blades, casings and motors. Many hands and many robots are at work in the production halls. Everything is made here that makes the fan a fan.

The enthusiasm of Guus Vostermans is impressive. At the age of 16, he started as a jack-of-all-trades. Now, 49 years later, he is training the salesmen so that they can provide relevant technical advice to their customers. Of course, he has a lot to tell about the past, but Guus also has a clear picture of the present and the future.

Guus: "With our own R&D department, we are always working on new developments and research. Aspects such as noise production, use of materials and energy saving require attention in their further development. We can do a lot, but that is not the point. It only has to fit in with the wishes and needs of the grower. In the development we take this as a starting point and we constantly ask ourselves what the development means for the grower and the cultivation. The price versus performance ratio naturally remains an important part. It is important for us to always be in touch with what's happening in the industry."

Vostermans Ventilation is a supplier of fans in the medicinal cannabis market in the United States in particular. It strikes Guus that there are no clear guidelines for ventilation and circulation. “For example, it is not always necessary to install an extremely high number of units. This is entirely dependent on the specific situation and the requirements of the customer. Then I think we have to give good and honest advice. We advise in a way where the grower can achieve the optimum result with regard to ventilation and circulation." 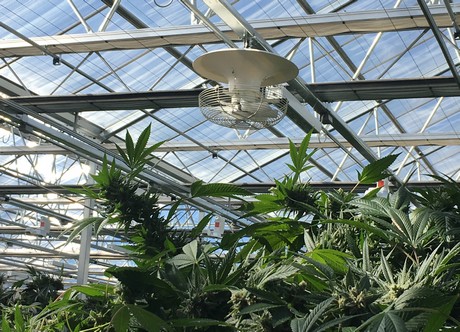 The V-FloFan in cannabis cultivation

V-FloFan
One of showpieces from Vostermans is the V-FloFan. It is the vertical fan that is part of Next Generation Growing. Guus: "In fact, it has even been specially developed for this." And now it's also found in cannabis cultivation as a standalone solution. "Of course the horizontal fans are also still popular. Depending on the size of the greenhouse, the climate or the cultivation, the most suitable solution is chosen." 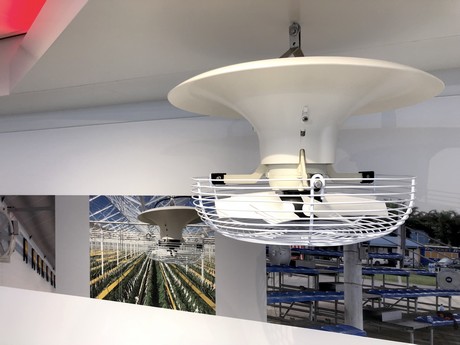 And in the very distant future?
Guus: "The changing climate is going to demand quite a few things from us. It is getting warmer and more extreme. We have to do something about that. And we can. I think we will continue to see more and more solutions with both ventilation and air circulation. In addition, people will take the requirements of the plant as a starting point more and more, as a result of which the ventilation and circulation requirements also can change." 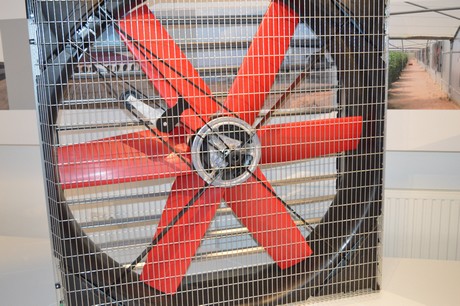