David brings a wealth of expertise to this role, having served in a number of senior leadership capacities over the past 14 years at Constellation Brands. His capabilities include extensive CPG and beverage alcohol industry experience, strong financial orientation, and experience operating in highly regulated markets in the U.S., Canada, Mexico and Europe. David is an experienced strategist with a deep understanding of how to build enduring consumer brands while leveraging operational scale across a dispersed production footprint. He is a strong leader with a proven track record of developing diverse and high performing teams. 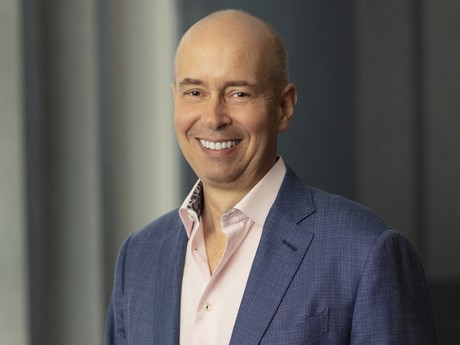 In his current role as executive vice president and chief financial officer at Constellation Brands, David oversees all aspects of the company’s finance operations, all mergers and acquisitions, as well as the company’s information technology function. He is widely respected among members of the U.S. investment community, earning recognition as a top CFO by Institutional Investor magazine the past three years. David serves as a member of Constellation Brands’ executive management committee. He has served on the Canopy Growth Board of Directors for over a year and is presently Canopy Growth’s Board Chair. This familiarity with the Company’s current leadership team and strategy will allow David to integrate quickly, a major benefit in the fast-moving cannabis sector.

“Canopy Growth sits at the forefront of one of the most exciting new market opportunities in our lifetime,” said Klein. “Thanks to the efforts of Mark and the entire team at Canopy Growth, no company is better positioned to win in the emerging cannabis market. I look forward to working with the team to build on the foundation that has been laid, to develop brands that strongly resonate with consumers, and to capture the market opportunity before us. Together we will drive sustainable, industry-leading growth that benefits employees, shareholders and the communities in which we operate.”

The appointment of David Klein follows a thorough recruitment process overseen by a special Hiring Committee of the Board using global recruitment company Heidrick & Struggles, which saw a wide variety of exceptional candidates vetted and interviewed. David will step down from all other positions he currently holds, remaining a member of the Canopy Board of Directors. The Company intends to appoint a new Chairperson upon David’s effective date as CEO.

Consistent with the previously announced transition plan, with a new CEO identified Mark Zekulin will be stepping down from his role as CEO and resigning his seat on the Board of Directors of Canopy effective December 20, 2019.  As a founding employee of Canopy Growth (then Tweed Marijuana Inc.), Mark was instrumental in building Canopy into what it is today first in the role of President, then President and Co-CEO, and finally as CEO.

“It has been an incredible six years at Canopy Growth, and I have witnessed the team and Company grow from five people in an abandoned chocolate factory, to thousands of people across five continents,” said Zekulin. “Canopy today is positioned to win with the resources, infrastructure, team, and award-winning culture needed to succeed. It has truly been an honour to be part of building a unique, Canadian success story like Canopy, and I look forward to seeing the Company continue to evolve and grow under David’s leadership.”