"Many cannabis growers are convinced that they can increase their crops by ripping all the leaves off the plant in the flower cycle," Glen Johnson, former lead cultivator with Happy Healing Farms, explains. "If you're a Scientist, it's called Abscission Stress. If a cow, deer, elk or grasshopper does it, it's called Grazing. But no matter who, or what you are, I think we can all agree, ripping off all the larger leaves is definitely going to affect the plant. You say I'm supposed to believe this will somehow magically make the plant bounce back and produce even more than it would have if left alone?"

"Call me crazy but this just seems to defy physics. However, I've been wrong before. And Physics has been wrong before, so I'm willing to hear this out." Glen further explains that 'believers' typically say that removing the leaves lets the plant get more light on the buds.
"To which I ask 'why do you believe that?" And they all reply 'because I've done it and it works!"

The importance of scientific proof
Thus, Glen says that he then asks a few questions to better understand what these growers mean. "What variables did you limit?
How many strains did you test? How many times did you repeat the test and get the same results? How many plants were in each test sample? How many plants were in the control group? What steps did you take to equalize the environment among the groups? Did you make test groups at different times in the flower cycle? How did you standardize the harvest time between the control and the test groups?
How did you define the difference between a useable bud, larfy bud and trim? How did you perform the "defoliation" so all plants got exactly the same procedure?" 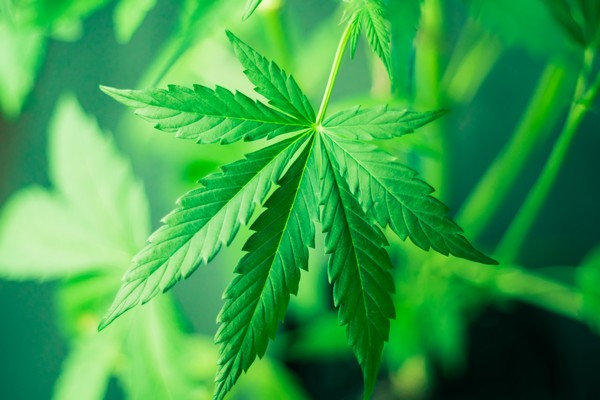 "All that science stuff usually stuns them, then I ask them the final question: Where's your data? I'd like to see it!" Glen remarks that no one has ever produced actual data showing that anyone performed any kind of scientific trial - on Cannabis - that produced data that actually supports this. "I've seen a little data on studies of other plants, but Cannabis is different. Once you enter the flower cycle, Cannabis is on a countdown that can't be stopped. Sure it would recover if it had six months, but can it not only recover, but exceed what it would have done naturally, in 8 weeks or less?"

"Every one of them can tell you exactly what they believe is happening to the plant when you defoliate, while also admitting in the very next breath, that they have never seen a single scrap of scientific data that supports any of these beliefs," says he. "This singular issue perfectly represents the quandary of the current state of the Cannabis industry where the people that know the most about growing Cannabis and truly have the passion to stick with it all these years generally don't come from Business or Scientific backgrounds. They're great people, and many are brilliant at growing Cannabis, but they never got that background education that makes a scientist Agnostic about everything."

The question of defoliation
According to him, a scientist learns that you never believe - or disbelieve - until some logical information presents itself and provides a clear reason for leaning one way or the other. "Most Cannabis farmers will certainly have spent some time studying their favorite plant, but how many of them actually sit down and truly study basic Biology, Chemistry or Physics textbooks?" he asks. "Missing out on all that really creates some holes in the picture when you're trying to be a horticultural scientist - which you are if you grow cannabis. In the rest of the agricultural world, you can't just randomly bestow upon yourself the title "Master Grower." Agronomy and Horticulture students actually go to college and it requires years of dedicated study before a Masters Degree is bestowed upon you - by others. You can't just claim it for yourself. To be a Master actually means something. You get trained in Chemistry and Physics and Biology, and along the way you learn critical thinking, and the scientific method, and you understand the importance of performing studies that can be repeated and are published openly in Scientific Journals." 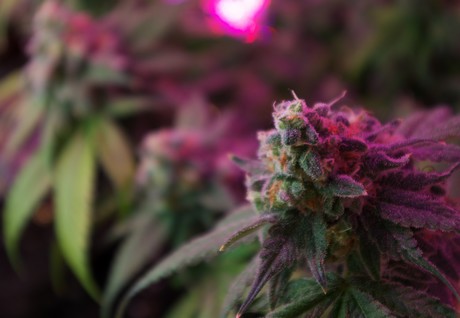 Glen believes that there is a generation of highly skilled Cultivators with a lot of very real knowledge and experience, but without the science training they need to help them see through this confusing mist. "Older members of our cannabis culture have learned to pass knowledge down from one grower to the next in the same verbal pathways that our ancestors used. This was necessary in the not-so-distant past when writing an article about growing cannabis was like printing your own ticket to prison. Moving forward, we have to let go of those ways and learn to become part of the scientific process if we want to really learn about our girls. Otherwise we'll just be stuck there in the dark."

This issue of Defoliation, also called Abscission Stress when it's done in flower, is only one of the many questions the cannabis industry has to answer. "But as scientific experiments go, this is a super easy test to perform. It doesn't require a big budget or any technical tools to answer the question.

Test method
Thus, Glen suggests that commercial cannabis growers, devise and perform, a real scientific test that can give a final answer, and make the results openly available to all growers. "Here is the question:
Does removing the leaves from a Cannabis plant, at different times in the flower cycle, have any impact on: dry usable "A" grade bud weight; the ratio of "A Bud" to "larfy bud"; THC levels and CBD levels.

So, Glen outlines how the tests should be conducted. "Using a single strain of plants at a time, in good health, started from evenly sized clones, grown under uniform feed/water/temp/humidity conditions, and not using the outside rows of the garden where light will be uneven," he explains. "During each week of the flower cycle, take one 4x8 unit of plants and remove all the leaves that measure greater than 2" across. 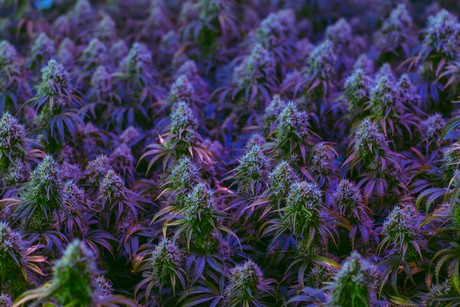 He continues. "Keep one bed untouched to act as the Control group.
One 4x8 bed of plants will be defoliated each week starting on the first day of the flip to 12/12 and ending the week before harvest. The total number of defoliated beds will depend on the ripening schedule of that particular strain, so if it is an 8 week strain you will have 7 test beds. A 12 week strain will have 11 test beds. only the Control Bed will be used to determine maturity, measured as roughly 25% amber Trichomes. The actual harvest date is not critical as long as all beds are harvested on the same day, and only the maturity of the control bed is used to determine harvest date. In order to properly account for the possibility of delayed onset of maturity caused by defoliation, all beds must be harvested at the same time as the control bed - even if they are not fully matured at the same time. Test each bed separately, for THC and CBD content. Far more variables need to be defined and controlled."