"The biggest thing in greenhouse cannabis growing is environmental control"

Commercial cannabis cultivation can be very profitable, yet it has some impact on the environment. Verde Natural is a cannabis producer based in the state of Colorado, and they started their cannabis venture by growing indoor. “The founder of the company has been growing in Humboldt County for many years,” Jason Hughes, director of cultivation with the company, explains. “She wanted to bring the idea of outdoor cultivation in an indoor setting; this is how it all started.”

Environmental sustainability
So, the company kept cultivating indoor for a while, and after having generated some revenue, they started considering how to be more environmentally sustainable. “Since our founder came from an outdoor experience, we thought of how we could implement that in our operation as well as how to be more sustainable. Therefore, the logical next step was of course to build a greenhouse.” 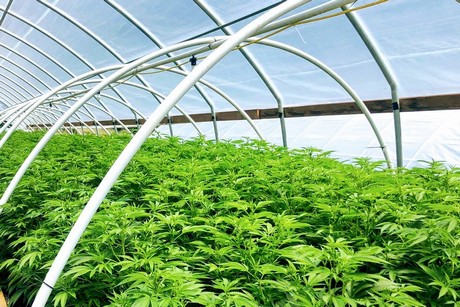 Growing cannabis in a greenhouse can be more challenging than indoor cultivation, especially if the external weather conditions are as harsh as in Colorado. “The biggest thing is environmental control,” Jason points out. “Especially when it comes to maintaining the humidity within tight margins, considering the huge humidity spikes in the mornings and nights. Ultimately, it is all about curving of spikes and leveling out. You have these kinds of problems both indoors and in a greenhouse, but in a greenhouse, they are a bit more challenging.”

Combining outdoor and indoor
At the same time, a greenhouse setting allows one to recreate the outdoor conditions while ensuring a level of control similar to indoor. “Even though we grow in a greenhouse, we want to maintain the 12 hours light-12 hours dark cycle,” Jason remarks. “That’s why we have a tarp over the greenhouse that is connected to engines which pull it down when it is necessary. At the same time, we have supplemental HPS lighting connected to timers, so that these turn off about one hour before the sun rise, when the light levels in the room are adequate without the HPS; then, we turn them back on roughly an hour before sundown. This can also vary depending on the temperature. If the rooms is too hot with the lights on, we will turn them off regardless of the amount of natural light.”

Jason has been growing cannabis for almost one decade, and he has seen many growers transitioning from small scale to large scale. “Back then, plants were easier to maintain,” he says. “It’s not only a matter of sheer size – as those illicit operations were made of a small number of plants that could be managed individually – but also and especially a matter of the regulations that inevitably influence the cultivation methodology. First and foremost, IPM is particularly challenging. In the black market, people used to use dangerous products responsibly and that wasn’t really an issue. So, treating their crop per the labeled instructions and allowing time after treating for the chemical to degrade out of the plant. For example a product might say it's a 60 day systemic meaning it will be in the plant for at least 60 days after the treatment so then ensuring you allowed the plant 65+ days from the treatment to when you harvest so that you know the chemical is no longer inside of the plant. This was a much easier approach to pest management because the products were much stronger but the problem with it (and the reason Colorado came out with an approved list) is that some gardeners were not responsible with these products. They would spray that 60 day systemic then only allow for 20 or whatever days until harvest so their final product contained those dangerous products still. That was a HUGE problem and like i said one of the reasons Colorado came out with an approved list. So IPM for us responsible users became much more difficult because of other people's lack of integrity. I wouldn't say it wasn't ever a problem though because it became one with irresponsible and lazy growers.”

Beyond THC
Jason believes that the market’s craving for high THC cannabis is an influence from the black market, which is going to change as more novel genetics are bred and consumers become more knowledgeable. “Cannabis testing came in as the industry got regulated,” Jason points out. “Back in the day it was all about potency, but now there are also other cannabinoids that an educated consumer might look for. We as a company plan to expand and to include genetics that are specifically focused on different cannabinoids than THC only.” 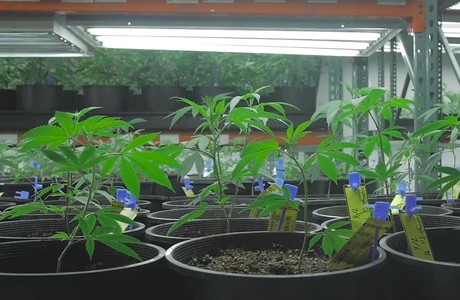 With their storefront, Verde is trying to educate the customers by advising them to look at different things rather than THC only. “Look at the terpene profile, at the concentration of this or that cannabinoid: there are many things that drive the decision to opt for a specific cannabis product. As the research catches up and is followed by the market, there will be a more diversified cannabis industry that would extend over different sectors such as beverages, food, and so on.”