US (NY): Growing hemp in a retrofitted greenhouse 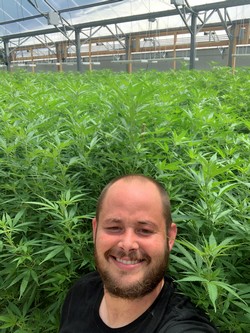 The majority of hemp is grown outdoors. Yet, there are some growers who cultivate it in controlled environments. One of the companies that do this is New York Hemp Service. “We started last year in January,” Anthony Helms, master grower of New York Hemp Service, says. “The greenhouse where we currently grow hemp was originally used to grow tilapias – it was a fish farm that closed down. When we arrived here, the facility was dilapidated.”

Retrofitting a greenhouse
Thus, Anthony Helms and his team worked hard to retrofit the facility to make it suitable for cannabis cultivation. “It surely wasn’t easy,” Anthony says. “The biggest challenge was to re-plan for everything. If you buy a brand new greenhouse, it comes with all the ancillary equipment and everything you need, basically.” Anthony further explains that one of the main things to address was the fact that the greenhouse was blocked by dark panels. “We re-brazed and re-wired everything from the ground up. It took a lot of work, but the result was definitely worth the hassle.” 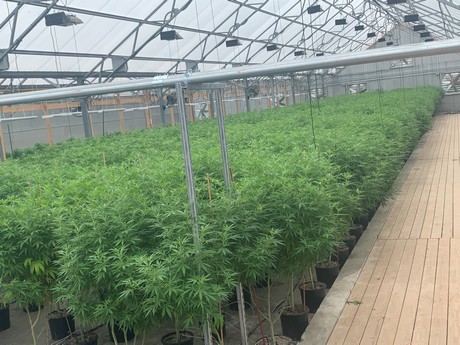 Anthony takes care of explaining that the growing techniques for cannabis and hemp are basically the same. “At the end of the day, there aren’t many differences between growing cannabis and hemp,” he points out. “We use the exact same concept: we only grow clones and females of the same genetics so that they can grow with uniformity.” 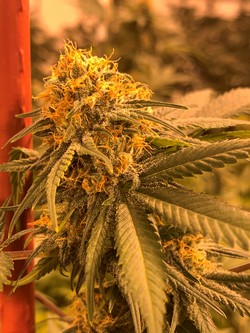 Yet, there are some aspects to take into consideration that are mainly related to the market. “When you grow cannabis with a high THC percentage, you are tackling a specific market segment, and therefore you usually utilize more high-end nutrients, for instance,” Anthony explains. “For hemp, the price per pound is different, and thus you take a more economic and organic approach. The expenses of the input are generally lower because they match the value of the hemp crop.”

At the same time, Anthony has selected targeted nutrients that allow his hemp plants to thrive optimally; but that’s not the only plus. “Our weather is the nicest thing,” he says. “You get beautiful cool nights here, the pros of which outmatch the cons.” 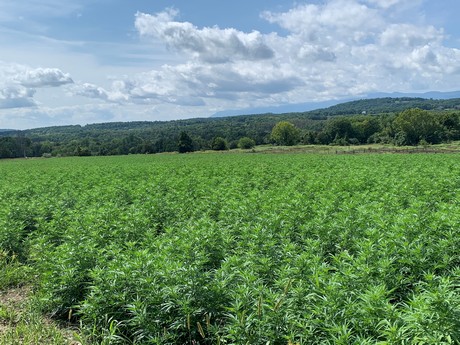 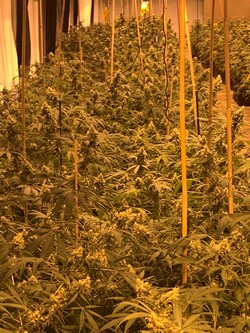 But Anthony does not only grow hemp in a greenhouse. “We also have an indoor facility where we have 1000W HPS in the flower room,” he explains. “There, we are currently doing some trials with some CBG-rich genetics. The fun thing about these genetics is that something must have happened to the plant’s immune system when they created it, as if you grow them outdoors and you are in a Southern humid climate, they have no resistance to mold and bud rot.”

New York Hemp Service, unlike many first movers in the cannabis industry, decided to take it slow and to specialize in what they are doing, and then scale up the operation when the times were ripe. “Everyone is waiting for federal legalization to reap the rewards. Together with that, the industry will become more professional, with more SOPs and financing to build a true cannabis giant that would be just too big to fail.”