More and more solar panels are being placed within the greenhouse horticultural sector. However, simply replacing the glass with solar panels on a 3.20-meter bar in many cases proved too big of a challenge. Standard panels don’t fit in the profile, which leads to an increase in costs, especially if the panels need to be costume-made.

A specially developed aluminum profile by JB Solar makes the one-on-one replacement of the glass with standard solar panels possible. “With this, the total investment costs decrease drastically and makes the placing of solar panels for many growers, even with older greenhouse, within reach”, according to Jesse Buitelaar, owner of the solar panel installation company from Maasland. 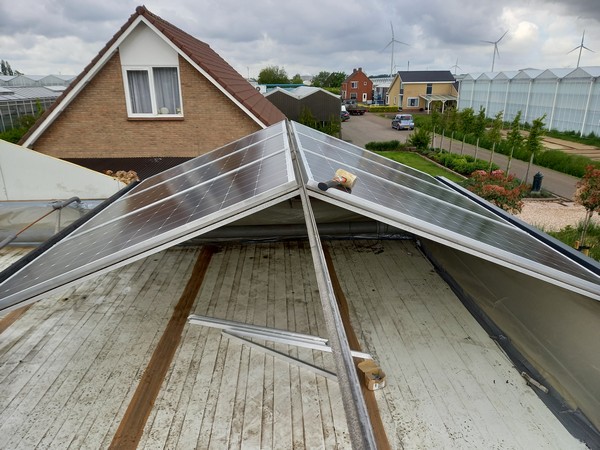 The first project was installed at the end of May. In total, for 2.5 days, 3 people took 186 panels onto the greenhouse roof in Maasdijk to install. 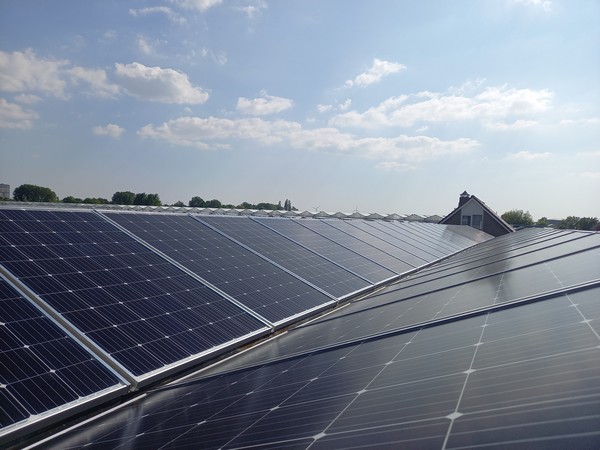 Special profile
The average solar panel is 1.65 meters in length which is the same as glass in a 3.20-meter bar. You would think that replacing the glass with solar panels would be so difficult than if it weren’t for the fact that glass is about 4 millimeters thick and solar panels 35. “Which is why, in many cases, the glass needs to be removed first, then an isolation deck needs to be placed on which the solar panels can be installed”, Jesse says. “Doing so is expensive, also because it takes more time.”

This is why he had a special aluminum profile developed, which makes it possible to integrate solar panels into the greenhouse roof. “I call it a transition profile. Last year, I had the first one made and started testing it.” 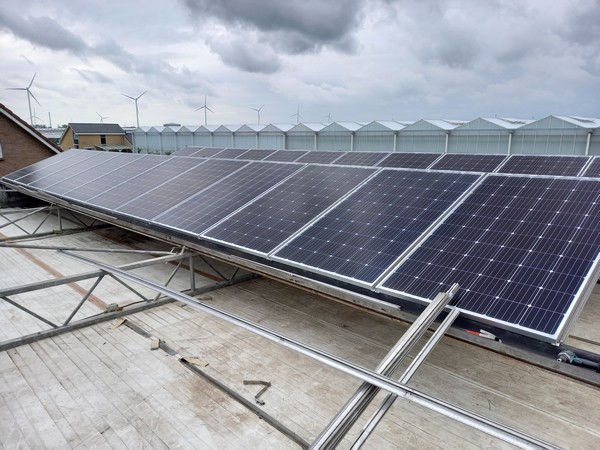 Glass/glass-panels
The results of which have been good, and now the first projects are to follow. “Soon, we will be placing 495-watt peak solar panels of 211 centimeters in length. These panels fit exactly within a 4-meter bar. If you then, for instance, have a 200m2 piece of greenhouse roof left above a storage area, you would be able to generate almost 50,000 kWh a year.”

It is even possible to apply glass/glass-solar panels. “These are semi-transparent, which makes it less warm during summer but still allows some light to enter the greenhouse if under the panels you would, for instance, have a production room.” 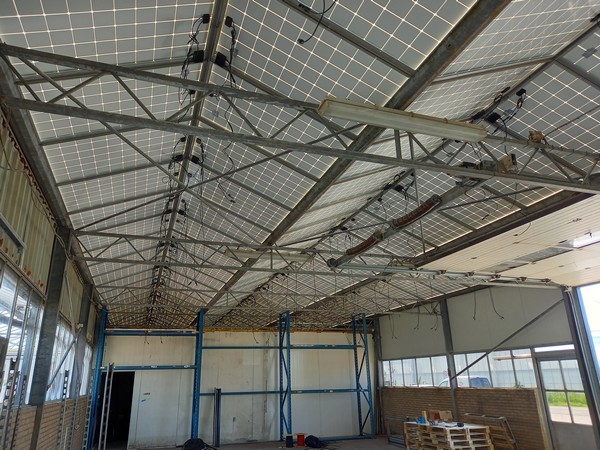 Lower investment
Jesse knows growers who, up until now, canceled their investments in solar panels because the costs to customize the panels to fit their bars became too high. “With this solution, the investment, which often costs a few hundred thousand, can be reduced with dozens of percent. This is also because having a manufacturer that is used to mass production make a small number of custom panels is costly. The big players produce over 200,000 standard solar panels a day. If you then ask for 1000 panels to be custom-made, they find it difficult to fulfill. Oftentimes, it is also to the disadvantage of the panels quality, which results in more panels failing and going to waste.”

All previously shown photographs are from the first project in Maasdijk.