challenges for growers and suppliers

Whether you spoke to growers or suppliers at the Fruit Logistica exhibition in Berlin, the general sentiment is that this isn't an easy time for anyone. Rising energy prices are an acute problem for growers, but in the longer term, there are more threats. The prices of fertilizers, for example, or of packaging materials. But before we take you into the global horticultural developments, it's PICTURE TIME. 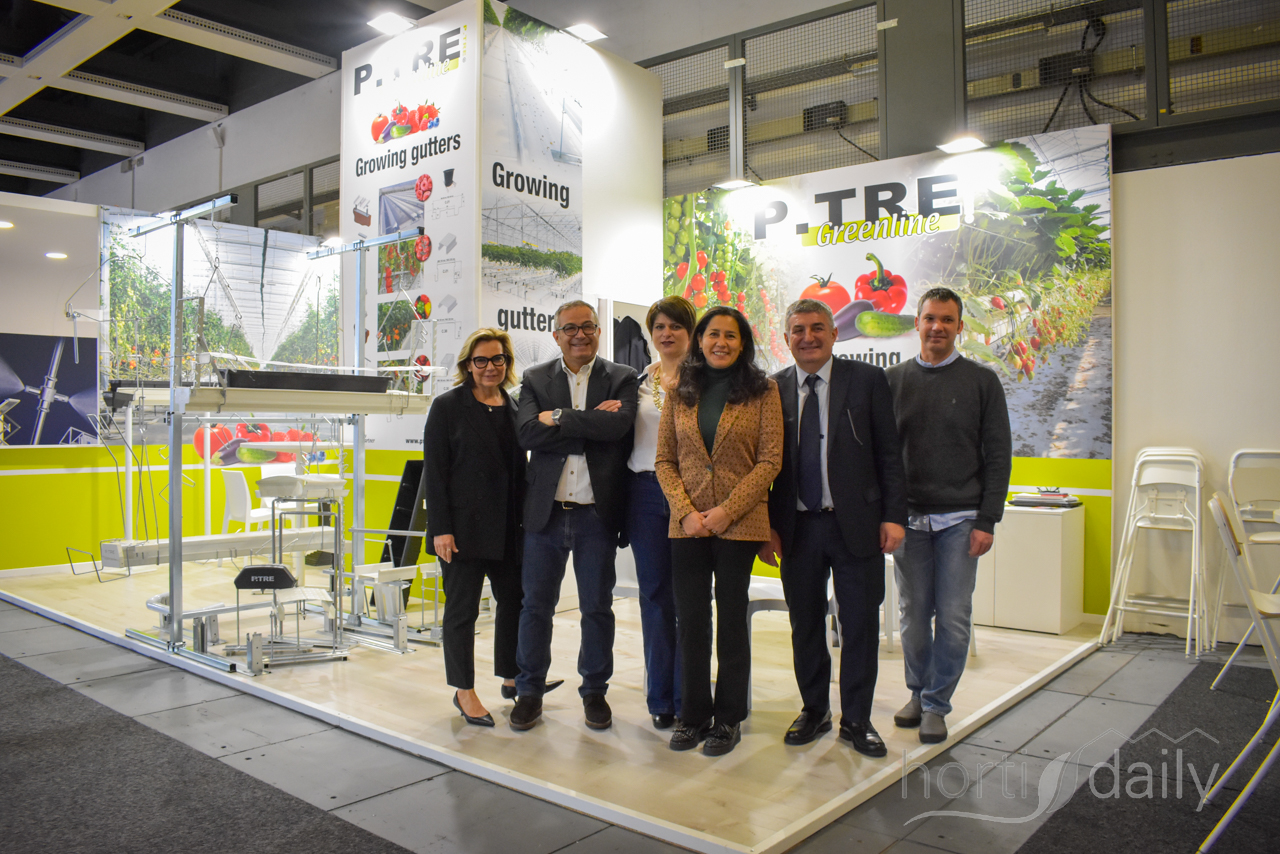 Postponed show
The Fruit Logistica in Berlin is normally organized in February, but due to the pandemic, it has been postponed until early April. Partly because of this, the fair was less attractive for growers to visit: cultivation deserves all the attention, in a month's time there will be the Dutch HortiContact and in 2 months' time the GreenTech, which is seen internationally as the event for horticultural technology. Moreover, this week the CPMA was organized in Canada, and with the growing North American market, this is also becoming an interesting trade fair for horticulture. The absence of large stands of various Dutch growers' cooperatives also attracted fewer growers to the fair, although the cooperatives that were present were well attended, as were the stands of breeding companies. Moreover, several suppliers decided to skip another year. Resume: Hall 8.1, the horticultural technology hall, was a lot smaller than usual and the number of growers was too. Nevertheless, the drinks in the Holland Hall were largely devoted to horticulture, as there are many technical suppliers there as well.

Fruit Logistica is not exactly the trade fair for horticulture, and certainly not for technology companies, to present innovations. This year was no different. Genap competed for the prizes with its Energy Cover and eventually, the Amela tomato from Spain's Granada La Palma won the Fruit Logistica Innovation Award, thanks to winning two-thirds of the votes cast by visitors to the fair. Tevel Advanced Technologies from Israel came in second. The Israelis brought an autonomous flying robot for picking berries. In third place, we find Syngenta Seeds with the fully edible cauliflower Istem. 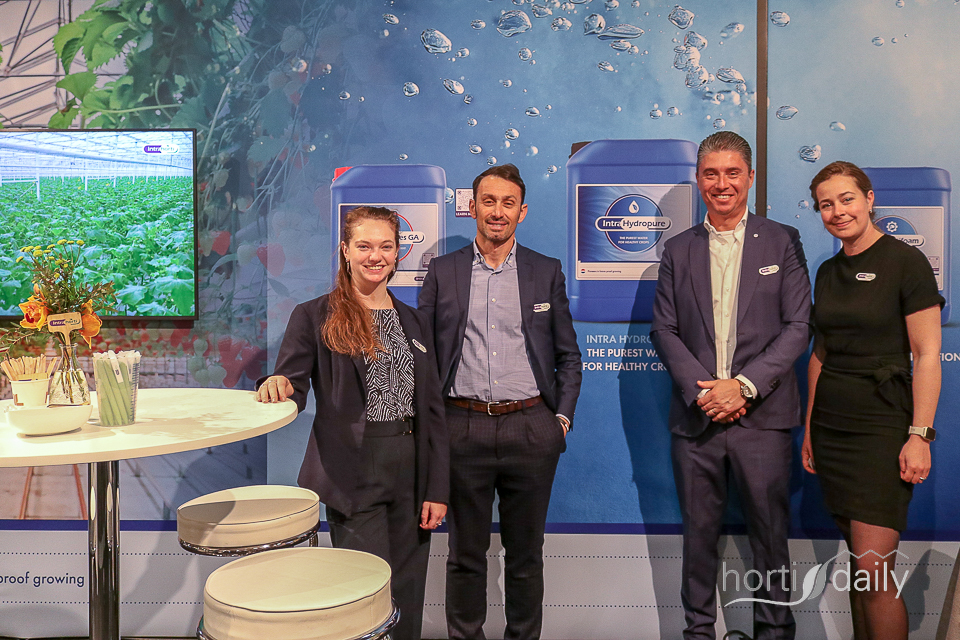 Horticultural trends
But anyway, back to the horticultural trends. During the pandemic, the importance of local food production became clear all over the world and 2021 has become one of the best years ever for various suppliers in terms of turnover. Whether it's soft fruit or vegetable projects in Mexico, weather protection in Southern Europe or local projects in Australia, horticulture is being targeted globally. And of course, the local North American market, supported by investment companies, is also going strong. It is therefore particularly popular among Dutch suppliers: in recent months, various greenhouse builders have opened local branches. And that pressure will only increase: because of the pandemic, China, for example, is extremely difficult to access. Moreover, due to the war in Ukraine, not only the Russian market has disappeared for them, but also Central Asia is more difficult to access. The Middle East does receive a lot of attention and beautiful projects are being built there, but is it enough to compensate for the disappointing European market?

The logistical problems also show themselves in the acquisition of raw materials. Steel and glass have been hard to score for some time now and have become considerably more expensive, causing new construction projects to rise in price. In the past year, growers who are already in business have also seen large price increases. Energy is the most striking and the most acute. The examples of empty greenhouses in the UK speak for themselves. "Even more important than the market you are going to serve at the moment is how you arrange your energy," says one supplier. But it does not stop there. The price of fertilizers has risen sharply, as has the price of plastic. The latter has an effect on cultivation accessories such as clips, on packaging materials, and, indirectly, on other cultivation accessories: the plastic bags that contain substrate, for example. Under the pressure of viruses such as ToBRFV and pests such as Tuta Absoluta, the importance of hygienic cultivation has increased, and so have the costs.

Because Northern European growers in particular cultivate at low temperatures and high heating costs in winter, growers from Southern Europe and North Africa are hoping to fill the gaps in the market, and there is also increasing interest in the European market from Turkey and Israel. The high transport costs are a challenge here. For growers from the former CIS countries, the Russian market remains important and a good buyer, although the volatile exchange rate of the rouble has not made things easy there either.

In the Netherlands, much cultivation takes place on rock wool, while coco is an important growth medium internationally. Suppliers of cocopeat have been struggling with logistical problems for some time now: the containers, which often come from Sri Lanka and India, are much more expensive due to fivefold higher container prices and delayed deliveries. Challenges in a growing market
It is a big list of challenges that growers face and the discussions with buyers are tough. The question is who draws the line, and where. At the same time, the list of orders is long, and existing growers are expanding. Economies of scale seem to be the keyword for the European horticultural sector. Sustainability, energy-saving, and cultivation optimization will become even more important - and that in turn offers opportunities for Dutch suppliers. Moreover, the fair also attracted various interested parties from possible future regions of interest: from various African countries, but also from South America. And we haven't even mentioned the vertical farming market yet. Long regarded as an expensive hobby for hipsters obsessed with lettuce, it is now becoming increasingly high-tech and extremely expensive. From Europe to North America and the Middle East, strawberries from container farms will be found in more and more places in the coming years. 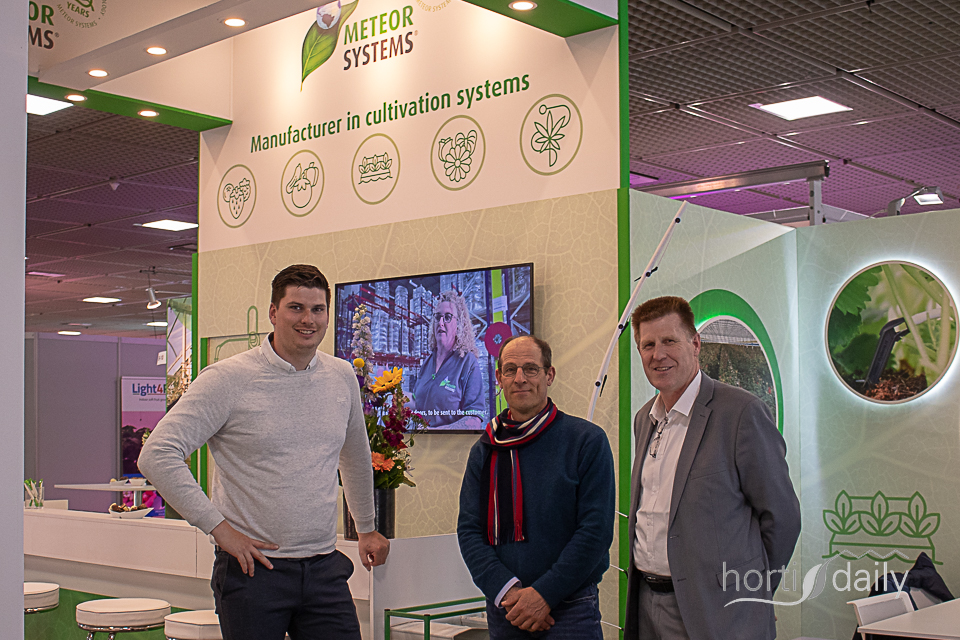