Spectrum control at a low cost thanks to quantum dot technology

Cannabis is one of the most technologically advanced subsets of horticulture. Unlike other crops, cannabis growers have to comply with a set of regulations, along with fierce competition, which leaves little to no room for error. That’s why they heavily rely on automation and innovative technology; ultimately, to drive the production costs down, as a cannabis cultivation can be quite expensive to operate. We have seen a number of companies stepping up to support cannabis cultivators, proposing new and exciting innovations to help growers make their biggest and best crop, in the most efficient way possible. One of these companies is UbiQD. “We are an advanced material company powering innovation by making luminescent materials that enable growers to get the most they can out of the sun,” Hunter McDaniel, UbiQD Founder and CEO, explains. The company recently closed a $7M series-A financing that will allow them to focus their effort on marketing their quantum dot technology. “The material is effective at manipulating light,” he points out. “It allows cultivators to color-shift the sunlight coming into a greenhouse with very high efficiency.” 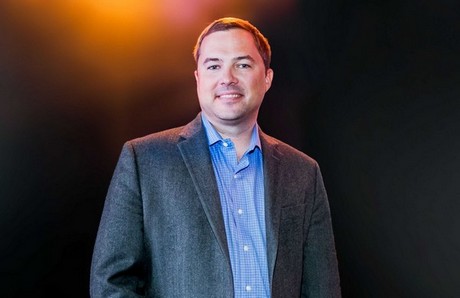 Quantum dot technology
Hunter and UbiQD were able to apply quantum dot technology to agriculture, something that previously was not deemed possible. “Quantum dots can really impact any application involving light,” he says. “In the past, however, quantum dots were composed of toxic constituents such as cadmium and lead. Our innovation surrounds using copper and zinc-based materials instead. Additionally, quantum dots were traditionally expensive to manufacture.” Hunter has a PhD in material science and engineering, and as he continued his work, he realized something important. “I became more aware that the materials that were on the market weren’t made to go big.” On top of that, old quantum dot tech had other issues, for instance related to its durability, which UbiQD set out to solve. “We solved three main problems: safety, cost, and stability. Then, we realized that this technology could be applied to horticulture. There were a lot of ideas about how to use quantum dots in the past, but people couldn’t imagine their deployment in agriculture, mainly because of toxicity and durability issues. So we revisited that, found a solution, and what is now possible is just extraordinary.”

UbiQD quantum dot technology comes as a luminescent covering that is suspended inside of any existing greenhouse, allowing efficient adjustments to and use of sunlight. “It enables you to better control the light in a greenhouse, which results in boosted yields,” Hunter remarks. “The color of the light affects the efficiency of the photosynthesis. The thing is, plants do not absorb all the photons equally. This can be seen by simply looking at the cannabis plant: since we see it as green, the plant is not absorbing green light  very much, its reflecting it instead. Research has demonstrated that orange-red light is the most potent and effective color for photosynthesis: if only you could give a plant more red photons, the plants would absorb them more and use that light more efficiently. Our luminescent cover, called UbiGro, tweaks the sunlight coming into the greenhouse to make it redder, boosting the plants’ growth. To put it bluntly, by controlling the quality of light, you get more efficient photosynthesis, and potentially a positive photomorphogenetical effect as well.”

Increasing profitability and competitiveness
By using such a technology, growers can drive down the operational cost per pound to produced, thus making their business more competitive and profitable. “Lights are extremely expensive, both to purchase and to operate,” Hunter says. “Growing in a greenhouse already ensures that you can cut operational expenses thanks to the low cost of free sunlight. If you combine this with our quantum dot technology, creating a more optimized spectrum you’ll have the best of both worlds; spectrum control at a low cost.”

The innovative quantum dot technology developed by UbiQD has attracted a number of different investors that participated in the series-A funding. “Among our investors, Arcview Collective Fund is one that is specifically focused on the cannabis market innovation. They really believe in what we are doing, and share in the big vision. Thanks to the support of our investors, we are now be able to supply our quantum dot technology to even more growers, thus advancing the industry as a whole.”