Damage repairer Totaal-Service voor de Tuinbouw states that it has received approximately 350 requests to repair damage. The 700 damage reports probably do not include all damage by a long shot.

The damage reports mostly concern broken windows, varying from a few to hundreds or even, in a few cases, over a thousand, as well as damage to technology and crops. KBC also knows of cases of companies where 'whole corners' have been blown away. 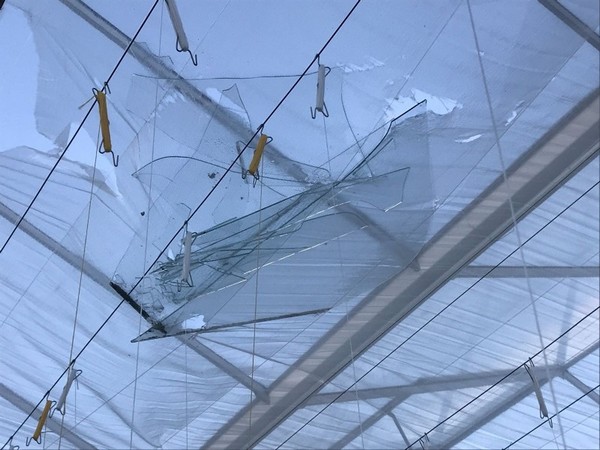 Plastic
Damage to plastic tunnel greenhouses and rain covers has also been reported. A spokeswoman for the interest group Boerenbond announced on Monday that there had been reports of damage in Antwerp and West Flanders, but that no major incidents had yet been reported.

There is, however, talk of 'a lot of damage', noting that 'a lot of plastic greenhouses have been blown away'. Sometimes the plastic is torn and has to be replaced, or the plastic has started to flap, but there are also cases where the plastic has got stuck and has bent the metal construction as a result.

Fruit Security Holland, a supplier of harvest protection products for the fruit industry, has reported 'a few collapsed greenhouses' and also mentions 'a lot of broken tunnel film'. BioForum Vlaanderen shares photos of damage to organic growers with tunnel greenhouses.

What made it difficult to record the damage was the strong wind. This made it impossible to fly and therefore making overview pictures was difficult, Interpolis announced yesterday. Furthermore, the reports came from all over the country, Agriver stated. All available experts and the company's own people are visiting customers to assess the damage.

Coming days
Boerenbond is advising business owners to record damages well themselves, as much as is possible. This can help with claims to insurers. Agriver expects to be able to pay out the first reports soon, although this partly depends on the recovery possibilities.

The next few days are very important. The wind was still blowing hard on Monday. Moreover, in the event of damage, maintaining the climate can be difficult. Often, damage is temporarily repaired with emergency measures to be able to save (part of) the crop. "High wind speeds are not good for crops that are traditionally grown in greenhouses, such as tomatoes, peppers and cucumbers", notes the spokeswoman of the Boerenbond.

The interest group therefore hopes for the affected entrepreneurs that it will not be too cold in the coming days. They also stress the importance of food safety and occupational safety. No pieces of glass may remain in the crop.

Where possible, growers will try to repair the damage themselves in order to minimize the impact on the greenhouse climate. Temporary measures are also taken, sometimes with the help of damage repair firms.

Father Jan Schenkeveld (72 years old) helps cutting a few windows "let me do that, he says" Proud of our father pic.twitter.com/JWtK6Ju0vm 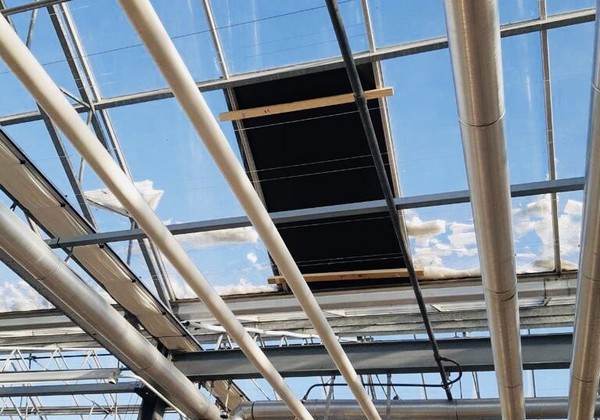 Damage repair was not necessary everywhere. These floating solar panels on a water basin, for example, remained in place even after three storms in a row, concludes Zon op Waterbassin on LinkedIn with satisfaction. 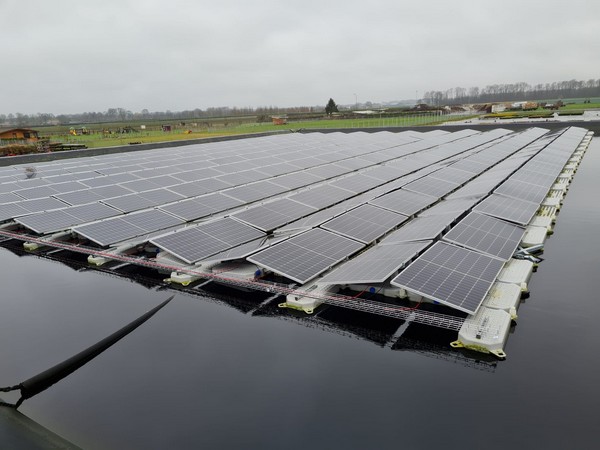