"Merging cannabis with the horticultural world is the big key"

The cannabis industry truly is a special sub set of horticulture. In order to be successful, it is necessary to be more than a grower. For instance, it is crucial to calculate precisely the power that a greenhouse is going to need. This is the vital lesson that Sam Thoman with Strawberry Fields learned during his time within the industry.

However, this is only one of the many challenges. According to Sam, one of the most common misconceptions between growers is the amount of time it is going to take from when the growing facility is built to the first harvest. “Getting through construction permits and electrical permits gave us pretty hard times. We broke ground in 2012 and we were operational in 2015. Most of the time was spent getting the permits.” Therefore, Sam suggests that “the better you are on the legal side, the faster you can kick off your project.” 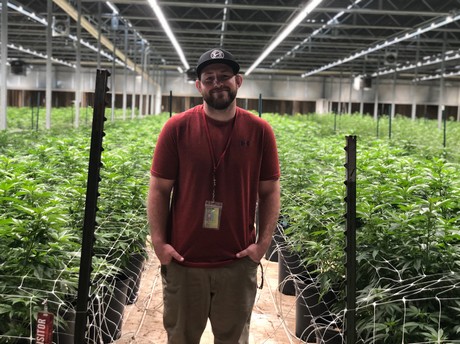 Thus, it is crucial to take into consideration the time necessary to obtain the permits as the market in the meantime could change. This is why Sam remarks that one of the mistakes growers make is to underestimate where the market is going to be by the time they start to become operational. “When growers start doing their projects, they have a pro forma set up of the cannabis market. However, by the time they get their first harvest, which could happen two years later for instance, the market has already sunken to where you are not hitting your pro forma. One needs to calculate carefully where the market is going to be.”

The efficiency of LEDs
The cannabis industry took a while to switch to LEDs. Strawberry Fields too was not sure if that was the right decision to make, as many of their acquaintances were still using HPSs, Sam explains. However, Sam further explains that they could rely on a company that supported them in finally making the big step. “Thrive Agritech helped us a lot”, he says. “In a time where not many people in the cannabis industry were switching to LEDs, we too were not sure if opting for LEDs was the thing to do. Thrive Agritech provided us with a free run of LEDs to do a test trial vs the HPS to see what the difference would be in terms of electricity usage, yield and quality. Once we had the data on veg and flower for those lights, it was a no brainer for us. Moreover, the heat that Thrive Agritech solutions generate is not that much, so you don’t have to use a lot of energy for climate control.” 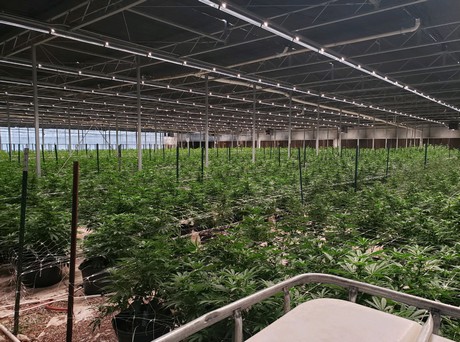 Sam continues: “LED lights are better than HPS for greenhouses. We ran tests with HPS and LED side by side, and LED outperformed HPS both in the veg and in the flowering phase. In veg, we had a more even canopy, and parts of our plants were more even. The crops looked healthier as it is possible to tell the light spectrum that plants like better. Additionally, since we make use of sunlight, we installed supplemental lights, and our yields went up by 35%. In addition to that, if compared to an HPS light system, LEDs used only 1/5 electricity: the terpenes and the cannabinoid had a higher and increased profile because of the full spectrum light.”

The Thrive Agritech support did not finish there, in that the company took care of helping Strawberry Fields in getting the rebate from electrical companies. “We are in an area where electrical companies would do a 40% rebate on LEDs”, Sam explains. “Thrive Agritech took care of that so that we could take that rebate. The rebate over the next 20 years will be extremely convenient.” 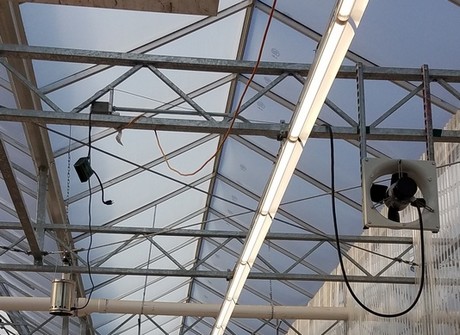