More than a year ago Corenthin (Félix) Chassouant could tell you all about the benefits of growing in greenhouses in tropic climates, as he was active in the horticultural industry in South-East Asia. Nowadays, he does the same - but in the snow, as he's currently the Export Sales Director of Canadian greenhouse manufacturer Harnois. Even though there's many differences between Malaysia and Canada, there's also a lot the two countries can learn from each other, he sees.

From an early age Corenthin (Félix) Chassouant has been passionate about biology. He started to learn about agronomy when he studied at university. During his Master’s degree in agricultural sciences at UniLaSalle Beauvais (France) and at the Université Laval (Québec, Canada), he specialized himself in agroecology and environment on themes such as agro-forestry and biomass valorization. Moreover, he had the chance to do a gap-year in Australia where he had the possibility to travel and work during one year through an organic farms network called WWOOF Australia.

Learning lots in the tropics
After his experience in Australia Felix moved to Malaysia for a new challenge. “In 2015, I had the opportunity to work in Malaysia representing an European greenhouse manufacturer developing the activity and supporting their customers all over the South-East Asia / Pacific region. In the tropics, I learned a lot about tropical horticulture providing solution to manage the extreme humidity % and temperature especially in the low-lands. It was also a very enriching experience in Asia culturally in this part of the world where everything goes very quickly,” says Felix. 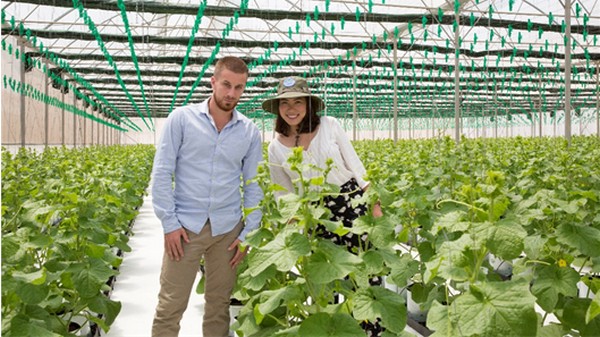 Moving to Canada
After several years in South-East Asia, Felix started to miss the weather seasons he was used to in France. Felix: “I miss the seasons a lot and the snow. The move to Canada was also made for personal reasons in order to be closer to our families. Living in the Quebec province is a nice compromise between the Anglo-Saxon culture and southern Europe where I am from. Local food and brewages from Quebec are awesome!”

“Furthermore, it is also a real chance to be able to work as the Export Sales Director – greenhouse division for Harnois Industries, a family business (more than 55 years of experience) at the forefront of innovation in North-America with international ambitions. In addition, horticulture players and local grower associations are quite active in Quebec. I am learning a lot.”

Developments: North-American market
According to Felix the North-American market is thriving. “I think that the vegetables market will grow strongly. Indeed, producing locally with more transparency and traceability are important factors for consumers. Use of beneficial insects and the reduction of phytosanitary products (pesticides) go in this direction having more controlled environment. Hydroponic systems are parts of the solution more particularly for leafy greens and herbs. From my point of view, semi-automation and greenhouse technologies will help the growers improving the yield and crops quality. What is more, they will be less dependent on the lack of manpower without forgetting the reduction in operating costs.” 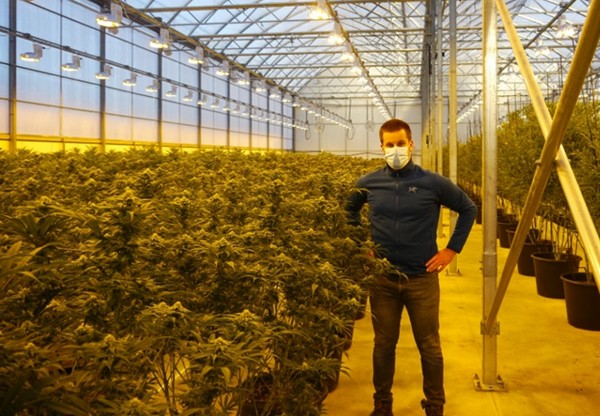 Harnois offers a helping hand
“Harnois Industries is a Canadian greenhouses manufacturer renowned for its expertise, the quality of its products and its brand”, says Felix. They are a strong player in Canada for plastic greenhouses but also in Mexico where the company delivers large gutter-connected complexes for vegetable companies. Felix adds: “Harnois started to sell greenhouses in the USA in 1986, since this time we can say that there is one Harnois greenhouse in every US’s states.”

“I am convinced that our knowledge and our range of products allows us to provide the best solution, regardless of the location of the project in America. For example, Harnois greenhouses withstand extreme winter conditions here in Quebec and in parts of the United States with heavy snowfall. Our engineering team is also working on the best designs for Mexico and southern United States with less or without snow but strong wind loads and rainfall. We are able to provide the best greenhouse structure solution for each environment in North-America respecting the local building rules.”

Knowledge drawn from both worlds
South-East Asia and North-America are two completely different markets. Yet both continents can learn a lot from each other. Felix explains why: “From my experience, South-East Asia is a very dynamic part of the world. Proximity with large markets such as China, India and very developed countries like Japan, South-Korea, Australia creates something special a melting pot. For example, last year I worked on the largest insect farm in the world under greenhouses to produce proteins for the aquaculture industry mostly based in Vietnam and Thailand. I also worked on greenhouses solution for dwarf mango working on a specific tree variety.” 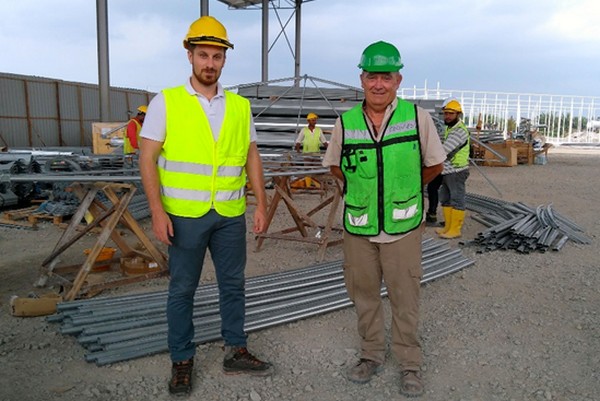 "I see a lot of innovation and qualified experts developing new technologies in North America that can be used in Asia in the future. In terms of medicinal cannabis (CBD), Canada and the US are leading the way with several companies already specializing in production and processing. Countries like Thailand, which is in the process of legalization, could benefit from this expertise. In short, we will continue to learn from each other, Felix concludes with wise words.