Over the years, tissue culture has moved abroad due to rising labour costs. However, if it is up to ViVi Green Innovators, this will soon be history. Thanks to their automation of tissue culture through the use of bioreactors, growers are able to save on labour, while still guaranteeing hygienic cultivation. “We have succeeded in making the technology scalable without sacrificing the strengths of the existing, less scalable, technology” says Daan Mansveld, Sales Manager at ViVi. 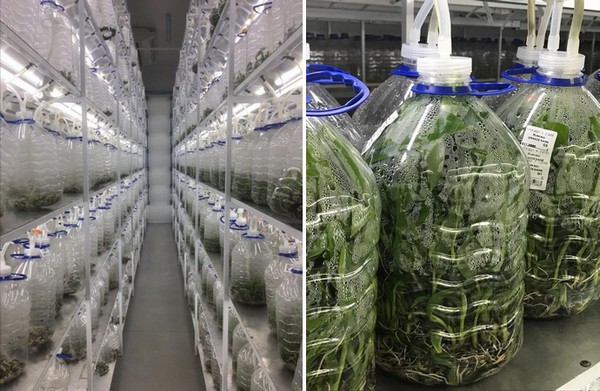 Extra automation
Traditional tissue culture is known to involve a lot of work. “60% of the cost of a tissue culture plant consists of labor. It is a labor-intensive process due to the amount of manual labour in the large cutting facilities.”

These cutting spaces are much smaller when using the plug-and-play bioreactor and far fewer people are needed. ViVi, part of the Viscon Group, decided to focus on the automation of tissue culture a few years ago. "We use the old technology of the bioreactor, just with extra automation." 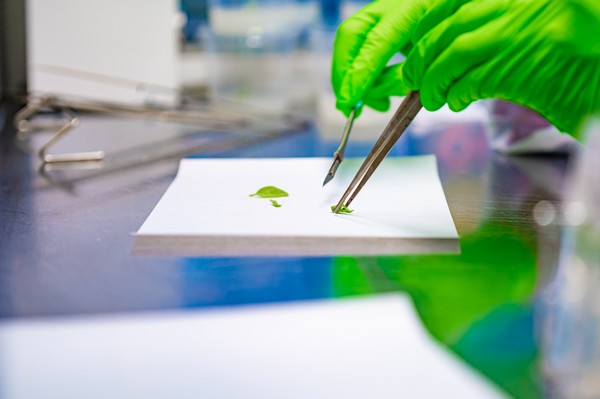 The ViVi system uses an ebb and flow system. Plants keep moving from bottle to bottle, consistently multiplying throughout the process. “We deliver larger quantities of plants by upscaling the techniques, whilst removing any cutting in the process. It saves labor and also reduces hygiene risks."

Ensuring quality
The first large-scale bioreactors produced by ViVi are already up-and-running in Brazil and China. They produce 20 million banana and sugar cane plants every year in Brazil, whilst the bioreactors in China produce 85 million strawberry, blueberry and raspberry plants.

However, its’ technological application is also imminent in the Netherlands. “Because of corona, growers were faced with the fact that they were no longer able to visit their tissue culture site abroad. They often do this in order to be able to control the process and to guarantee high quality plants."

Application of a ViVi bioreactor in Brazil

The latter is sometimes difficult. “Growers regularly experience significant fluctuations in tissue culture quality. Where the first batch might be excellent, the next one could suddenly drop in quality. These uncertainties, on top of the fact that labour costs abroad are becoming increasingly expensive, are what interests growers in setting up tissue culture bioreactors domestically.

Despite automation, one of the concerns that growers sometimes still have is hygiene, notes Daan. According to him, that is not necessary. “It is precisely thanks to automation that we can minimise the risks. And that is extra important, precisely because a bioreactor contains 200-250 plants per vessel, which is often tenfold the quantity of normal tissue culture.” 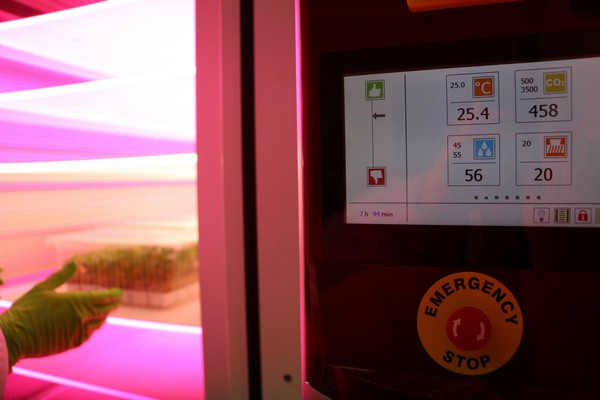 One million plants
ViVi delivers the bioreactor ready-to-use. This means that growers, among other things, receive the racks, the climate control technology, and the control of the ebb and flow system. For example, even the bottles are delivered turnkey. As well as knowledge about growing media. ViVi itself has also conducted a lot of research on this subject. “We use a specific, tailor-made media recipe that contains, not only the necessary macro and micro elements, but also a balanced level of sugar and hormones that differs from traditional media recipes with agar. This process is not the same as with a gelling agent and will need special adjustments."

The next step is to use this growth medium further down the growing process as well. “We are currently researching the possibilities. It could potentially make the jump to bioreactor tissue culture even smaller for growers.” 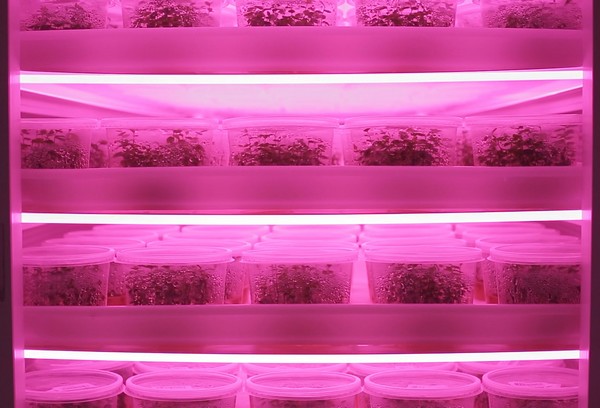 In addition to bioreactors, ViVi also supplies technology for other forms of tissue culture. For instance, a robot that takes over the carving work from humans. Regarding future endeavors, Daan can tell us: “We are developing a robot that automatically cuts plant material and places it on a new growth medium. This is currently not viable for smaller growers, because it would make the installation considerably more expensive and we want to offer them an interesting option for tissue culture close to home at the moment. However, for growers who need around one million plants per year, this innovation will certainly be essential.”