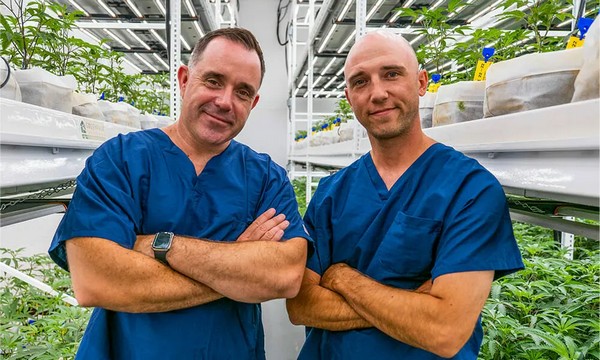 As the first medicinal cannabis distributor to grow outdoors in Maryland, CULTA has led the charge in using science and innovative technology to cultivate best-in-class products for its patients. CULTA’s growing operation is split between indoor rooms and three acres of outdoor cropland at its Cambridge, Maryland, processing facility, which also houses the state’s first on-site culture lab for genetic cannabis tissue. The company delivers products to patients at its flagship Baltimore dispensary and many partner dispensaries throughout the state.

Demand for medical cannabis in Maryland has exploded since the state first legalized medical cannabis sales to registered patients in 2017, with a commensurate increase in state-issued grower, processor and dispensary licenses leading to more marketplace competition than ever. CULTA turned to Fluence LED technology to enhance its indoor operations and genetic library, cementing its status as an industry frontrunner in producing premium cannabis strains for patients and developing new and unique terpene combinations for high-quality medicine.

“We now have Fluence SPYDRx, SPYDR 2x, SPYDR 2p, and VYPR fixtures installed in our facility in Cambridge,” said Jay Bouton, senior director of cultivation at CULTA. “LED technology has helped increase our output in each grow space by allowing us to go vertical, and the high-intensity lighting also enables us to push our plants harder than we ever have before. We’re using Fluence LEDs to increase the amount of plant photosynthesis during peak growth periods and have experienced increased potency, yields, and success as a result.”

Equipping the Cambridge facility’s cannabis to grow rooms with Fluence LED technology has also supported CULTA’s sustainability goals by cutting down on its carbon footprint and removing demand from Maryland’s electricity grid. While CULTA continues to use legacy high-pressure sodium (HPS) lights in some cultivation spaces, each new indoor facility expansion has been outfitted with LED double-stack lighting.

“As we continue to grow our indoor operations, we will only purchase LED lighting,” said Tom Moylan, director of cultivation at CULTA. “Our energy efficiency is much higher, and our thickest, fullest flowering room is using Fluence fixtures.”

The addition of full-spectrum LED lighting to its growing repertoire is already assisting CULTA in its mission to understand optimal environmental and nutritional needs for cannabis cultivation. This data will allow the company to produce new cultivars that can cater to diverse medical needs as well as optimize current processes to increase production and improve the delivery of high-quality medicine to patients.

“At Fluence, we are led by science and driven by cutting-edge exploration and innovation,” said David Cohen, CEO of Fluence. “We found a like-minded partner in CULTA and are thrilled to collaborate in their research and development to diversify its brand and product portfolio to pursue solutions for a growing customer base of medical patients.”